Zoya Rica has been on my want list for a few months now, and I finally saved up some tip money to buy some new polishes the other day.  :-)  I purchase Zoya Rica, Faye, and OPI's Russian Navy.  Russian Navy was on my want list as well and I picked up Faye because well, I liked it.  I had a few other polishes in my hand and the employee at Ed Wyss asked me if I wanted her to swatch them on some paper to see what they looked like and I told her no, that it was ok because I was going to buy them all sooner or later, lol.
Zoya Rica is part of Zoya's 2011 Sunshine collection.  According to the Zoya website Rica "can be best described as: Warm light coral with pink and orange tones and heavy gold metallic sparkle."  So true.  I have loved this color since I first saw swatches.  It has so many facets to me that I just stare and stare and stare while I wear it.
Base coat: Chip Skip from OPI and Smooth Beginnings from Avon
Base color: Rica from Zoya - 2 coats
Top coat: Out the Door
Stamping polish: Stamp Me! White from Essence
Stamping plate: Mash plate 45 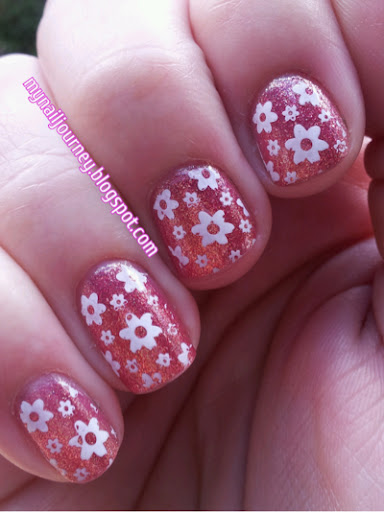 Outside in natural light
In case you can't tell by the water on my middle finger, it was raining
and I was unable to capture a picture of this beauty in direct
sunlight 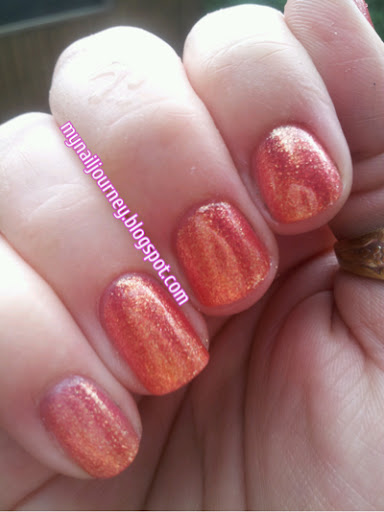 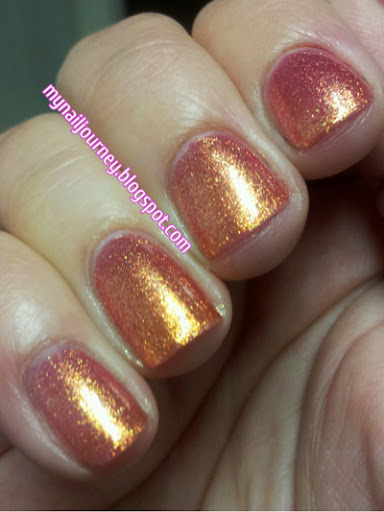 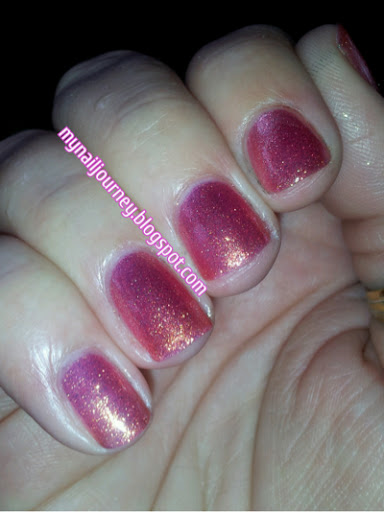 I would say that the middle picture is the most accurate display of this polish butt it is always changing.  Sometimes it is really. really pink and other times it is very coral and orange.  Do you have Zoya Rica?  Do you love it, hate it, or are you just ok with it?  I hope you all had a great weekend!

Posted by Melissa at 12:32 PM 4 comments: Links to this post